Cloud City was a Burning Man mutant vehicle in the form of a giant cloud with a small temple on top, completed in collaboration with “the bus crew”.  The Burning Man theme for 2013 was cargo cults — those cults that emerged to court the return of Benevolent Visitors from Elsewhere, dropping cargo from the sky with their magical, futuristic technologies.  In line with the theme, we playeded the role of the Benevolent Visitors from Elsewhere, taking a form much resembling the Roman and Greek gods of Mt. Olympus, creatures so far beyond primitive cultures we seem divine. 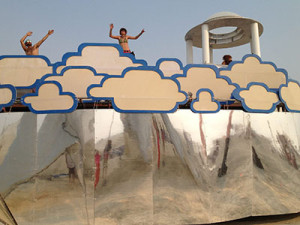 During the day, we hosted DJs on the clouds. 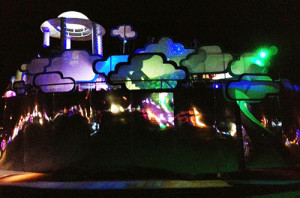 At night, the clouds fluctuated in col 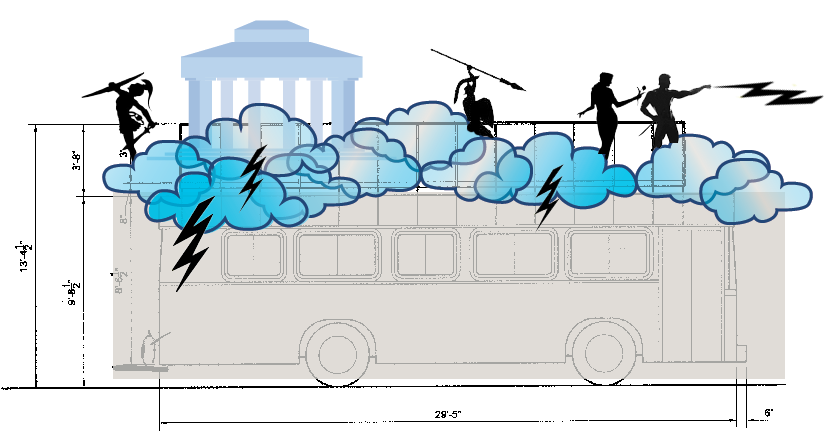