Home Blog The Skykomish Hotel and the Blue Lady

The Skykomish Hotel and the Blue Lady

[cross-posted on shellydianefarnham.com] The Skykomish Hotel is a historic landmark, built in 1904 in the small frontier mountain town of Skykomish, Washington. Neglected and empty for more than ten years, the Hotel was recently reclaimed by the Town of Skykomish and will be undergoing renovations by Revive-Skykomish LLC, in part through a grant by 4Culture. To learn more, see this article in the Monroe Monitor Better Days for the Skykomish Hotel. 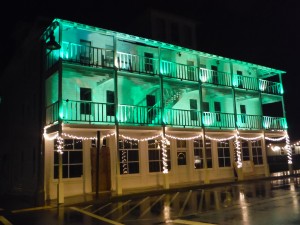 The Skykomish Hotel, lit up for the winter.

To celebrate the hotel’s upcoming renovations and bring light to the town during its long winter nights, we worked with locals to install LED color washes in the same style as we had done the previous year on the Skykomish Bridge. In addition to installing the lights, in honor of the hotel’s checkered history we also installed the Blue Lady ghost. 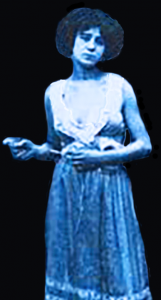 The blue lady, adapted from an image of a turn of the century “seamstress”.

For many, the hotel evokes a rough and tumble time when burly frontier mountain men, railroad workers, and miners carved a small town out of the dense mountain rainforest. As noted by the “Sons of the Profits” author William Speidel, the role of women settlers in these frontier times is often underestimated — in part because of their often unvoiced professions. The male to female ratio in frontier towns was as high as 8 to 1, and at the time the hotel was built, even in Seattle the male to female ratio was 2 to 1 — where a substantial percentage of the working female population were taxed as “seamstresses”. Anyone wandering through the rooms of the Skykomish Hotel can easily imagine many such women rented the rooms as “seamstresses”, where their services would be in high demand.

The Skykomish Hotel creates such a strong impression of its days gone by, even those who do not believe in ghosts might wonder if any walked its halls. The hotel is in fact known for such a ghost, called the Blue Lady. According to and we believe ghost stories can provide a meaningful way for people to connect to the real people who existed in the past. According to HauntedPlaces.org:

“Reports say this hotel is no longer open, but it used to be a bed-and-breakfast where a Blue Lady walked, and maybe still walks. She is said to have been a prostitute in the days when the location was a speakeasy, and was killed by her new boyfriend, who flew into a jealous rage when he found her busy with a customer.”

To create an impression of the Blue Lady ghost, we used a strong light projector to cast an image on the hotel window. We animated the ghost by pointing it at a mirror on a mirror ball motor. The project and motor were turned on temporarily (for seconds at a time) using our smartphones through a wi-fi enabled puck we left in the hotel. We thought it important to portray the blue lady based on a real historical figure, so based it on a photographic print of a prostitute from the turn of the century.  We captured a moment of the Blue Lady’s appearance and shared it video on youtube here. 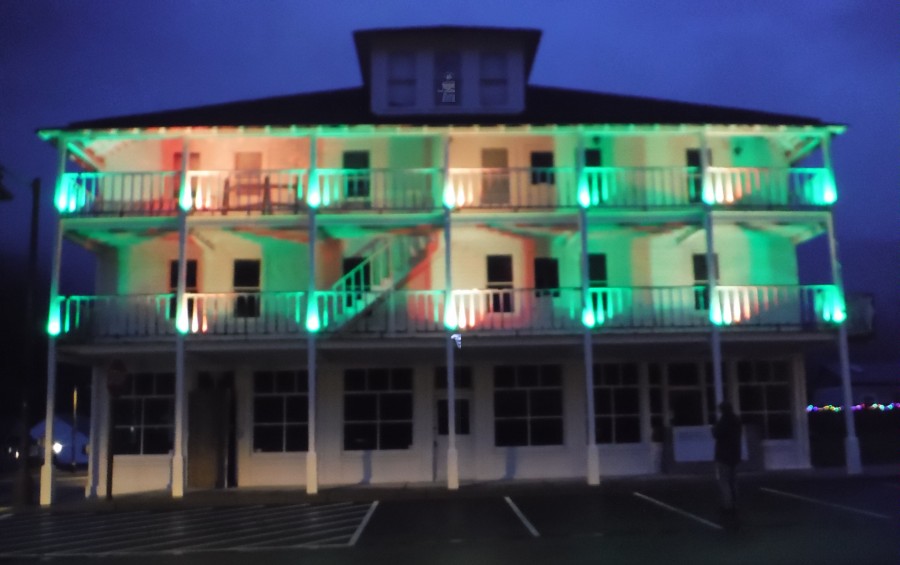 The Skykomish Hotel with the Blue Lady in the window.